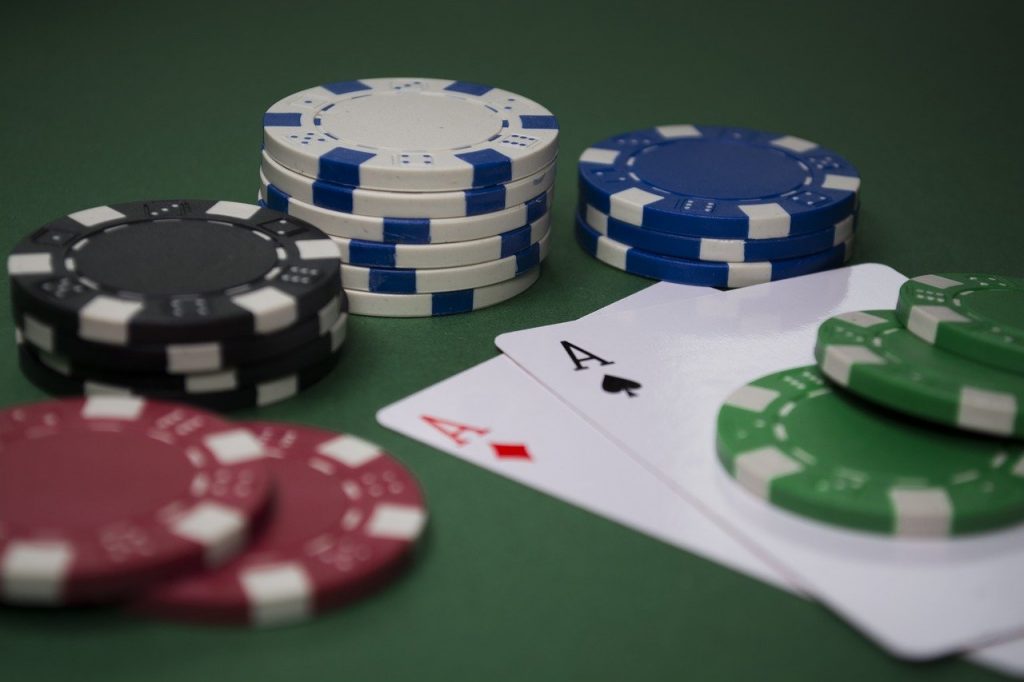 There comes a time in every person’s life when the curiosity finally grabs hold of them and they decide to play poker. Not just any type of poker though, Texas Hold’em poker. One of the most widely played card games in the world you can find this game in just about every casino on earth. Huge tournaments are played every year with major prizes being won.
This is incredibly exciting but if you have never sat at a poker table it can be a bit overwhelming. In this article we are going to give you an overview of the game, it’s history, and how to play it so you can enter the casino confidently next time you go.

Texas Hold’em is a variant of the game poker where players are dealt two personal cards and there an additional five cards dealt called community cards throughout the game. As rounds progress players take turns either betting, calling, raising, or folding. This particular variant of poker has been around since the early 1900s at least and has since gained worldwide popularity. It was widely enjoyed throughout the 1opps in various parts of the world but truly became a global phenomenon in the 2000s. The new technology that allowed people to share information instantly around the world and watch poker tournaments and even play with other people competitively around the world right in there home by playing online.
There is a basic set of rules to the game that is fairly easy to follow but you will need to learn a few new terms first. The goal of the game is to have the highest-scoring hand at the end of the round.

Poker is a fairly simple game once you have a little experience but there are several terms that you need to learn before you step into a casino and sit at the table. Betting structures There are typically three ways the bets of a Texas Hold’em game are organized. There are no limit, pot limit, and limit Texas Hold’em variants. These all control the way that players are allowed to place bets and how the pot is distributed at the end. Lear. All three so you are prepared for anything. Play of the hand refers to the flow of the games as it progresses through turns to complete a round.

The game begins with the dealer shuffling and dealing two cards to each player face down. Only the player is allowed to see their cards. There is then the pre-flop bet placing. Players go one by one and place bets than the dealer places three cards face up in the centre. This is the flop. After the flop is another round of betting followed by the dealer placing two more individual cards one by one on the table face up with additional bets placed between each round. The fourth and fifth cards are called the turn and river respectively. If more than one player is remaining at the end of the round then the game will progress to its next phase.

The showdown occurs at the very end of a Texas Hold’em game and it only occurs when there are more than two players after the bets following the river. Players will take turns building the highest scoring combination of cards using the cards in their hand and the ones on the table. Players create the best 5 card combination from the 7 total cards. The winner is the one whose hand scores the highest number of points. If there is a tie then the pot is split. Hand values The point value of your hand is determined by the numerical value of the cards typically along with a few special hands. In order of increasing point value, the cards are as follows. The high card is the lowest value hand, then it is a pair of two identical cards, then two pairs and three pairs.

Next is the straight, then flush and full house. A straight is a sequence of 5 cards in numerical order regardless of suit. A flush is 5 cards of the same suit. A full house is three of a kind and a pair together. The top 3 highest point value hands are going to be four of a kind, straight flush, and royal flush. Four of a kind is 4 cards of the same face value. A straight flush is 5 cards in order numerically of the same suit. The royal flush is a straight flush made of only cards from ten to ace. Misdeal Finally, the misdeal is what happens if the players’ cards are dealt face up at the start of the game. If this happens the dealer should recollect the cards and start again by shuffling the cards.

How To Be Prepared Next Time You Walk in The Casino

Now that you have a solid grasp of the fundamental rules and terminology of Texas Hold’em style poker you are probably ready to get your feet wet and start playing. Before you jump the gun and get in over your head take a minute and read these top 3 tips for playing Texas Hold’em as a beginner.

Don’t forget there are two ways to win

You do not have to play every hand to the end to win. If you are an aggressive player it is possible to get all of your opponents to fold before the river is dealt. If this happens then you automatically win the competition. Otherwise, you will have to face the players in the showdown to win. More adept players can start to play on human psychology to win hands when they have inferior cards.

There is a tendency for newcomers to underestimate the power that your emotions will have on you when you are at the table. It is of paramount importance that when you are at the table you maintain control over yourself. The dealer doesn’t deal with his cards because you feel lucky they are dealt from the deck according to how they were shuffled. All too often new players get overexcited after getting on their first winning streak begin acting overzealous and wind up losing everything in the end only to walk away disappointed with the whole experience. If they had only maintained control and been calm and focused at the table they could have made much better decisions.

Do not let negativity affect you

Finally, you are going to lose. You will lose many times. But the only way that you will not win is if you never play again. A lot of players experience a significant negative emotional shock after losing a big hand. This is a tough blow to your psyche only more so if you were on a hot streak. Do not let it affect you. Learn more and study more then go back out and win what you lost.